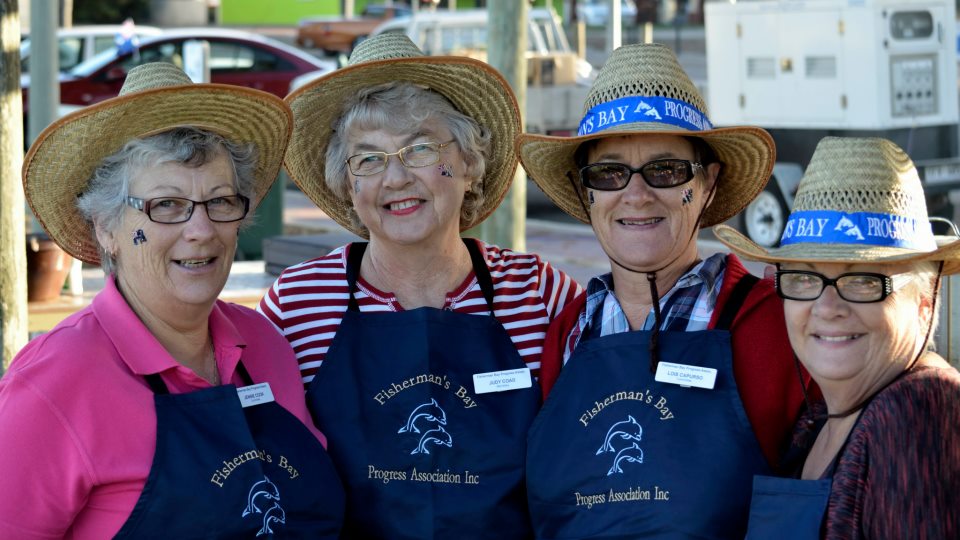 Fisherman Bay Progress was established January, 1963 by the shack owners for the purpose to promote, maintain and improve facilities, conveniences and amenities at Fisherman Bay.

The foremost aim of the establishment of Progress was to procure a water supply at Fisherman Bay.

As Fisherman Bay grew, so too did the work provided by Progress.

Since 1964, the following improvements had been provided by Progress through fundraising, donations, raffles and fetes.

Undertaken maintenance around the Bay.

Planting of trees along foreshore.

The provision of 5 picnic sets around the Bay.

Seating along foreshore and playground.

Power to foreshore and light to shelter shed.

Automatic sprinklers on the foreshore lawns.

Installation of bitumen to car parks both sides of boat ramp.

Installations of retaining wall both sides of boat ramp.

Service and maintenance of public toilets.

Service and maintenance of boat ramp.

Supply and install of swimming pontoons.

Several years ago Fisherman Bay Management stopped collecting the $20 fee from shack owners to support Progress as a result the decline in members within Progress has threatened it’s existence. Without Progress, service and maintenance will not occur. Easter races will not take place and the upkeep of facilities will cease.

For $20 a year, you can become a member of Progress.

You can attend the annual general meeting, first Sunday of January, and have the right to vote on board members and improvements.

If you have a business, you can become a sponsor of events run by Progress throughout the year. Volunteers are always needed. If you have ideas on how Progress can continue to raise money for improvements, these can be shared during the AGM.